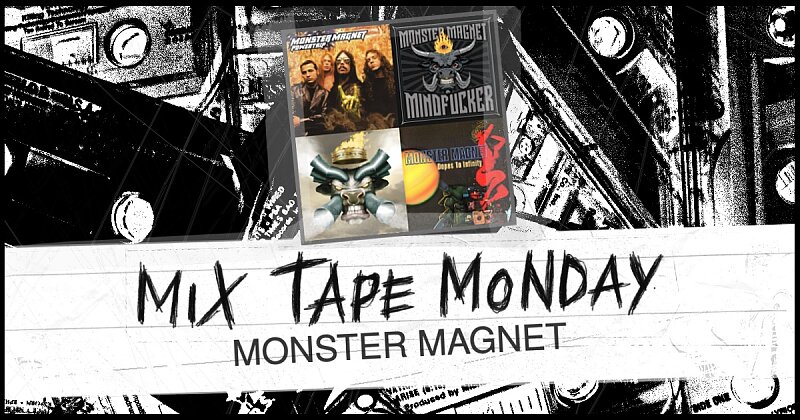 Now that spring has sprung, the temperature is warming, and we’re all coming out of our quarantine and cold funk, I have the urge to drop the windows in my Camaro (full disclosure: it’s a Honda sedan), put on my jean jacket (again, full disclosure: sadly donated to Goodwill 25 years ago), and crank some rock ‘n’ roll at high volume. Monster Magnet is a band tailor-made for such an occasion, so here’s a list of prime cut bangers for the unfamiliar. Unfortunately, three of their albums aren’t available on Spotify, but the best stuff is.

A rework from their debut EP, ‘Tractor’ is a buzzsaw of a track that epitomizes Monster Magnet: plenty of muscle, drug references, and some psychedelic haze. If this doesn’t make you want to shotgun a PBR, then you can check your rock ‘n’ roll card at the door.

The opening track from their latest album shows Wyndorf still has it 30 years on. Love the simple, but effective, solo midway through, and the riffs in the chorus hit me every time.

Mastermind is often rated as one of the band’s lesser efforts, but I find it unfairly maligned. This track hits like a fist to the face as the propulsive drumming, meaty power chords, and psychedelic washes relentlessly pummel you into submission.

The big hit single that kicked off the band’s fame and created a Marvel character in one fell swoop. Yes, it cribs unabashedly from Cream’s ‘Tales of Brave Ulysses’, but the hooks in the chorus will stick with you for days.

Superjudge was a transition album from their Hawkwind-fueled psychedelic beginnings to the more polished rock ‘n’ roll of their mid to late 90’s fare. This shows the polish that a major label provides, but still has the grunge that was the band’s hallmark.

Not my favorite of their records, so this is the only track that I’m concerned isn’t a full-on banger. The 60’s keyboards sometimes don’t altogether do it for me, but just when I’m about convinced it’s “just OK”, the chorus kicks in and I’m convinced it’s a banger. Nice and trippy through the middle section, just as Dave intended.

Similar in structure to ‘Bored with Sorcery’, but still rocks in the same way. I love the solo toward the end: not overly technical, but brimming with muscle.

Their debut album was a contemporary of bands like Mudhoney and Tad, and it definitely sounds like it. There’s still a strong psychedelic influence from bands like Hawkwind, but it sounds like a product of its time.

The band’s signature track, and outside of ‘Negasonic Teenage Warhead’, probably their best known. I prefer my Monster Magnet when they’re really going for it balls out, but when it finally kicks into gear, it’s a thing of beauty. Kind of reminds me of Soundgarden with a bit more spaciness, and that’s never a bad thing.

This track showcases the band’s space rock side and is straight out of Hawkwind. The band establishes a groove and then extends it out into a drug-fueled haze until it shifts into slow gear and finishes more akin to Electric Wizard.

A bit more streamlined than most of their songs, I still love everything about this track: great riff, nice hooks in the chorus, a couple of tasty solos in the mid-section, and plenty of fuzz. If I’m trying to sell someone on Monster Magnet, this is probably one of the first songs I’d play him/her.

This track from 2014 is a throwback to their psychedelic roots that establishes a riff and adds layers until it crescendos into sonic bliss. It takes a bit of patience, but I absolutely love this song: when Dave sings “I’ll smoke you fuckers out at the end of time,” I’m yelling right back at full volume with the radio cranked to 11. One of the band’s very best.

‘When the Hammer Comes Down’

The closer for 2018’s Mindfucker finds Dave and the band doing their best Sabbath impression with a track that could’ve found a home on Masters of Reality. When Dave sings, “Well you just keep rocking alpha, from the dumbass side of town, and may I advise that you cover your eyes, ‘cause the hammer’s coming down,” I’ve already grabbed my jean jacket and on my way to kick some ass right alongside him.

And there you have it: 13 certified bangers that are primed and ready for you to crank at high volume in your muscle car. Please consume your lousy beer of choice responsibly, and be sure to keep your eyes out for A Better Dystopia, their forthcoming album of obscure covers, in late May. 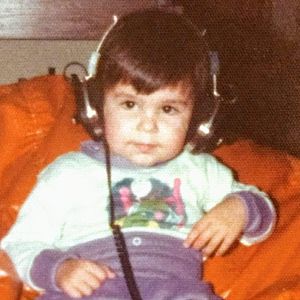