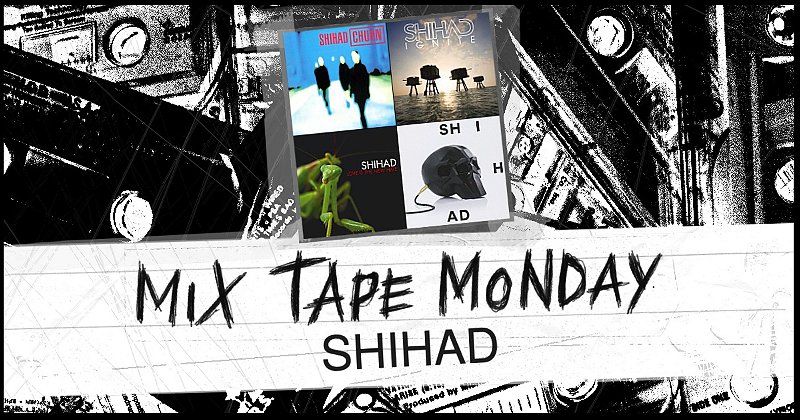 In anticipation of Shihad’s tenth full-length album, Old Gods, dropping later this month, Chris and Eric sat down—oceans apart, but hearts aligned—to craft a 60-minute (or less) intro to Shihad for the uninitiated. The band should need no introduction after kicking ass for over 30 years now, but Shihad strikes us as the sort of band that might have been hanging out in the blind spot of many otherwise reasonable rock and metal fans.

The band’s genre-bending career has spanned everything from thrash and industrial metal to punk rock and pop. Boiling their catalog down to just one 60 minute cassette-worth of tunes called for some painful and highly-questionable cuts. But after much back-and-forth, and maybe just a little cross-Atlantic cursing, we are pleased to submit this Shihad 101 mixtape for your listening pleasure.

The first song from the first Shihad full length, and it’s an industrial face-melter with a chorus that’s damn near thrashy. While Shihad never fully abandoned their industrial metal roots, you won’t find a purer distillation of the genre in their catalog than ‘Factory’. - Eric Gmutza

The best song from their best album features probably the band's angriest riff along with one of their biggest choruses. I lived in New Zealand when LITNH came out, and I played it so much on CD, I actually wore it out and had to buy another copy! LITNH was the soundtrack to my 20’s and one of those albums that genuinely changed my life. ’Alive’ also ranks in my Top 5 Shihad songs list. - Chris Coleman-Peers

With Jaz Coleman producing, it’s not surprising that FVEY is an incredibly focused album with an absolutely massive sound, reminiscent of late-career Killing Joke. One of the album’s many killer tracks, ‘The Big Lie’ is anchored by a gnarly, distorted bass riff, fueling a raw-nerve paranoia that permeates what any fool would have to admit is Shihad’s best album. - Eric Gmutza

This song is so good it's on two Shihad albums. - Chris Coleman-Peers

Not many Shihad songs make you want to cut a rug, but it’s hard not to get swept up in this track’s bouncy energy and infectious chorus. Also, there’s something in Jon Toogood’s vocal delivery here that gives ‘Sleepeater’ a distinct and exquisite Jordan Zadorozny vibe, unlike anything else in the band’s oeuvre. - Eric Gmutza

This is my favorite song from FVEY and was also the lead single and most radio-friendly of the album's 11 tracks. If you are not on board with this song after the first 30 seconds and the song’s angular riff hasn’t wormed its way into your skull and made your face muscles relax into a shit eating grin, then I wouldn’t bother continuing with your life! - Chris Coleman-Peers

The opening riff on this track is enough to make PMA Gunnerfeldt jealous. In fact, this song has a bit of a Uomini D’onore-era Fireside feel to it, right up until the first verse kicks in, which is pure Shihad. - Eric Gmutza

It’s a shame the Pacifier album had so much negativity around it after 9/11, with band's name change and the impact it had on their mental health, because it’s one of the very best commercial rock albums released in the last 20 years. Up there with any of their peers at the time (Foo Fighters, Muse, Shinedown et al), had it been released at any other time, it would have sent them stratospheric. ‘Run’ is another song where the band just nails the chorus. It is so big you could surf on it and will have you singing along in no time. - Chris Coleman-Peers

Did I say FVEY is my favorite Shihad album? If so, that must have been yesterday, because today there’s no question that Love is the New Hate is the band’s best album—chock full of barn-burning rippers like ‘Big Future’. - Eric Gmutza

‘La La Land’ is Punky, spikey, and very bouncy. It’s full of scrappy energy, sounding a bit like a lost Foo Fighters track, circa 1995. It’s also one of the band's shortest songs at 2:28. - Chris Coleman-Peers

This song doesn’t sound like any other Shihad song on this list, and that’s one of the main reasons it's here. The song was pivotal in shaping Shihad’s future sound and development as a band. If you read any interview about Killjoy or this time period, this song is always singled out by Jon Toogood as one of his favourites. It’s easy to see why too—it's a gorgeous, slow, alt-rock ballad that’s heavy on synths and not so much on guitars. Fun Shihad fact: Killjoy is one of Roddy Bottum’s (Faith No More) Desert Island Discs - Chris Coleman-Peers

If forced to list bands that Shihad kinda/sorta sounds like, NIN, Filter, and Killing Joke might top the list, and No Knife wouldn’t even cross my mind. But ‘Count It Up’, with its nervous, angular riffs and Jon Toogood’s pop-punk vocal delivery, sounds like an outtake from Hitman Dreams. Even the buzzing bass solo at 1:25 is pure No Knife. And if you don’t like No Knife... - Eric Gmutza

“Ok, Eric. You’ve convinced me Shihad is great, but where’s that Foo Fighters-level chorus I’ll never forget? Where’s that radio-rock banger I can recommend to my pedestrian friend who only likes Silverchair?” - Eric Gmutza

The absolute quintessential Shihad song. This is mandatory listening for any newbie to the band. It's also their most famous track and was written to sound amazing when played ‘live’. I can confirm it definitely does. It features lots of synths, lots of guitars and oh’ another absolutely massive chorus. Similar to Eric, depending on which day of the week it is, I will argue for The General Electric as Shihad’s best album - Chris Coleman-Peers

If there’s an album that’s underrepresented on this list, it’s definitely Ignite. In terms of quality, it’s right up there with FVEY and LITNH for me. But the songwriting is subtler than those albums, and the songs don’t lend themselves as well to a list designed to smash you in the face. ‘In the Future’ has one of the bigger choruses on the album, coupled with the slow-grower depth common to so much of Ignite. - Eric Gmutza

16. Tear Down Those Names

The new single, and it’s a grower featuring all the aggression and distorted bass riffs of their earlier material, with the industrial edge of their latter-day stuff. It feels slightly more nuanced than FVEY but it still rips your face off. It all points to the strong likelihood that Old Gods will be another absolute banger and a worthy addition to their catalogue   - Chris Coleman-Peers

That’s all folks! Hopefully this mixtape gets you as pumped for the new Shihad album as we are! Thanks for reading, and be sure to give us a follow on Instagram and check us out on Spotify for more killer playlists. 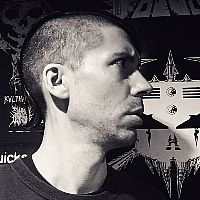