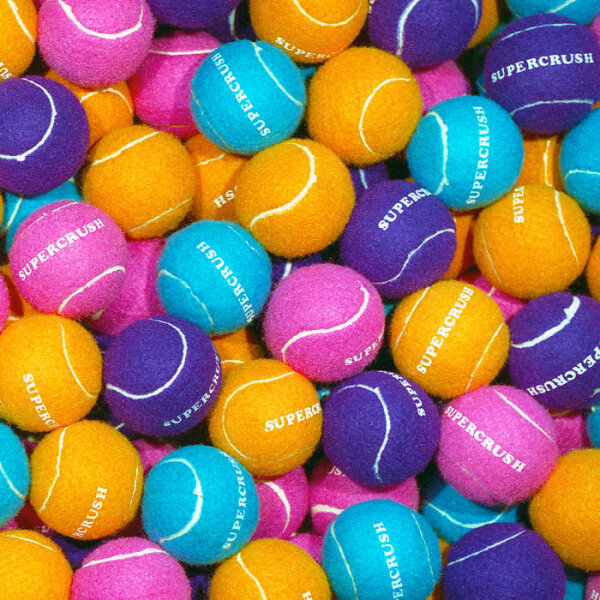 Apparently Mark Palm, the lead singer and songwriter of Supercrush was in the heavy metal band Black Breath. You would never guess by listening to the band's debut album, SODO Pop. Supercrush worships at the alter of fuzzed-out 90s power pop luminaries such as Teenage Fanclub (one of the greatest bands ever!), the Posies, and Velvet Crush, as well as dipping a toe into shoegaze. So, about as far from Black Breath's brand of crusty death-thrash as you can get.

While this is their first full-length album, Supercrush have been around since 2012 releasing singles and EP’s here and there alongside Black Breath. There is no question that the band are an outlet for Mark’s softer side. What’s impressive though is how amazingly good the songs are. This album is a throwback in every way and will appeal to all those who fell in love with any power pop and early shoegaze bands of the 90s.

Interestingly, on first listen it doesn’t actually sound that impressive. The album‘s production makes it sound very quiet when played at low volume, and the fuzziness is toned down somewhat. It’s very reflective of the era but not necessarily of 2020. Which is why I think it caught me off guard. It’s definitely a grower. However give it a few spins, play it loud and the album begins to reveal the brilliance of the band and just how clever the record actually is. The songwriting is top notch. ‘On the Telephone’ the lead-off single is fast, catchy and features one of the best guitar solos of 2020.

‘Have you called Him by my Name’ features a low slung steel guitar and a chorus that keeps building until Mark unleashes a gratifying climax with further guitar histrionics. ‘Grace’ is probably the finest example of the album’s experimentation—it starts out reminiscent of the Beatles before the song evolves into a hard rock riff and chorus akin to Cheap Trick. It then delivers an absolute monster of a guitar solo before worshipping at the door of Teenage Fanclub circa Grand Prix, and then into almost an Elton John style piano ballad. There is no other song released this year that could be included in the dictionary definition for ‘cool’ more than this one.

Mark’s time in Bad Breath can be felt across the album. Supercrush bring a harder edge to their songwriting when necessary. A great example of this is ‘Parallel Lines’, with a riff that could easily sit on the new Deftones record, Ohms. However, it's the interplay between the band members that impresses the most—the call and response between guitar, drums and bass, the placing of the melodies, the timing of the quiet-loud formula, and the position of those solos in each song. It really is perfection…….well nearly. One thing I hate on albums is tracks that use a ‘fade out’, Its almost always in the middle of a huge solo too. Unfortunately this is what happens to ‘Fair Weather Fool’ and I just cannot fathom why you would do it. It doesn’t necessarily ruin the song but it ruins the album’s flow in my opinion. That’s it though, that is the only fault I can pick with SODO Pop.

SODO Pop is without a doubt one of the finest power pop records of the last 30 years and one of the very best rock albums released in 2020.

I'm with Chris on this being an excellent power pop album, but I'm not as convinced it's one of the all time greats. For me, I think it would need one or two songs that punch me in the soul the way a  ‘Flavor of the Month’ or ‘What You Do To Me’ does. While Supercrush definitely know how to write a good hook (and SODO Pop is chock full of them), I can't say the album makes me feel much more than a sense of admiration and warm nostalgia.

Then again, I was a teenager when Frosting On The Beater and Bandwagonesque came out, so my opinions of the albums that I consider true power pop classics are undoubtedly flavored by the passion of youth. I'm now a crusty old man, mostly dead inside. It takes a lot to make me feel anything more than the faint sense of dread that percolates beneath my every waking moment.

All of that said, the fact that we're debating whether this is a great power pop album or one of the greatest power pop albums of all time(!!!) shows just how expertly Supercrush have nailed the fundamentals. It really is good to hear this genre being executed at such a high level. If you're a power pop fan, SODO Pop is—at a minimum—well worth your attention.

SODO Pop scratches itches I'd forgotten I even had. Chris says it's a classic, and time may prove him right. But for now...
Eric Gmutza -10/25/2020