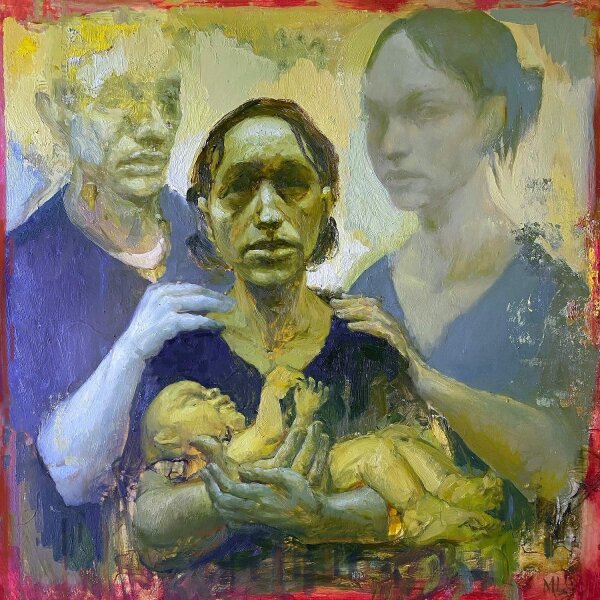 I can still remember hearing Candlemass’ Nightfall as an impressionable tween in 1987 and having my musical life changed. From that time, I’ve always been a fan of doom metal of all shades, from the godfathers Sabbath, to Trouble and St. Vitus, to Sleep and Electric Wizard. So when I first heard Pallbearer’s debut album back in 2012, I was immediately hooked and have followed their career with great interest ever since. I wasn’t enamored with 2017’s Heartless, which seemed to dial down the intensity and stray a bit too far from the proper doom of the first two records. Fortunately, the band’s fourth is a return to form that carries on the best of their early albums, but with some of the expansive flair of their third.

We open things up with a dark, punchy track that shows that much of the lighter fare from Heartless has been left behind. There’s a great chugging riff, a catchy chorus that will stick with you, and a nice solo midway-through that is vintage Pallbearer. The band is known for opening with a bang, and the title track doesn’t disappoint. 9.5/10

The next track slows things down a bit, and after the energetic opener, the juxtaposition feels a little jarring. However, all is forgiven once the vocal harmonies kick in, and the emotive solo at the 3:30 mark seals the deal. 8.5/10

Not a bad song by any stretch, but it’s very similar in tone to ‘Riverbed’ and, as such, drags the energy down a bit. I wish they’d sequenced this later, perhaps switched with ‘Rite of Passage’. Nevertheless, it’s another great vocal performance, and I really like the breakdown with the keyboard drone in the middle. 8/10

At over 12 minutes, ‘Silver Wings’ is the centerpiece to Forgotten Days, both literally and spiritually. It’s a perfect amalgamation of the power of the first two records and the progressive tendencies of the third. There are so many songs that I love in their catalogue that I have difficulty coming up with a consistent top 5 list, but ‘Silver Wings’ absolutely earns a spot. Truly among the very best songs the band has ever done. 10/10, only because I can’t go higher.

5. The Quicksand of Existence

After the rich meal of ‘Silver Wings’, ‘The Quicksand of Existence’ offers a short four minute palate cleanser. It features a simple riff that doesn’t do anything flashy, but has found a way to stick with me on repeated listens. I love the extended solos in the mid-point and the dark outro. 8.5/10

This is an interesting track that finds the band stretching their formula a bit. There’s some interesting textures in the guitars and chords that are atypical, but still match nicely with their signature style. The vocals on this track are some of the best on the album. 8.5/10

Another shorter track that is pretty standard fare for the band. It’s elevated with a great chorus, where the vocals almost sound like later Queensryche. Overall, a solid track that is a grower. 8/10

Pallbearer has a knack for ending their albums with a bang, as ‘Given to the Grave’ from Sorrow and Extinction and ‘Vanished’ from Foundations of Burden are two of the band’s very best. I wouldn’t put ‘Caledonia’ among those two, but it’s a damned fine ending to the album. There’s a strong psychedelic vibe at the beginning that morphs into something more reminiscent of the melancholy of Katatonia. 9.5/10

With three songs under 5 minutes and only one over 10 minutes, Forgotten Days might be the perfect gateway album for the new listener or someone without the patience to stick with the slow pace of your standard doom record. The band has evolved enough to make things fresh, but kept one foot still firmly planted in their roots. It’s not quite up to the stratospheric standard of Foundations of Burden, but it’s more consistent than Sorrow and Extinction, which I also adore. It has certainly earned a spot on my year-end list.

Forgotten Days is the perfect gateway album for those new to the band or without the patience for your standard doom record.
Brian Gmutza -11/15/2020