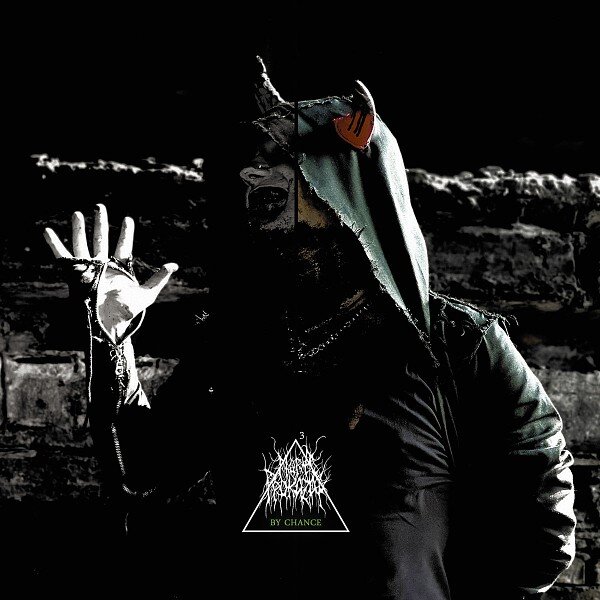 When it comes to metal, I'm a long-suffering member of the Cult of the New. I suppose I'll always be chasing the high I got that first time I heard Iron Maiden, and later Metallica, and later Voivod. But for every Meshuggah, Enslaved, Gojira, or SYL I've encountered along the way, there have been a thousand forgettable bands. And with each amazing new discovery and evolution of the genre, the standards get higher. Albums that would have blown my mind just five years ago are now met with a shrug and an “Oh, this sounds just like {{band x}}.” It's easy to get a little jaded.

But then an album like Belarusian black metal band Mora Prokaza’s By Chance comes along. From the opening notes of ‘WIMG’, I was intrigued, then confused, then finally plagued by questions, starting with WT—ACTUAL—F is this??? Is this a symphonic metal album? Oh, it’s black metal... oh no, they’re rapping. Is this a rap duo co-opting black metal, or the other way around? Wait, is he barking? Where is his gun?

When ‘WIMG’ finished playing, I wasn’t sure if I wanted to laugh or cry, but I definitely needed to hear it again. It’s an audacious, genre-bending song that’s as catchy as it is disturbing and amusing—the kind of song that necessitates an epic battle against one’s own biases before it can be appreciated for what it is. Follow-up track, ‘I’m Not Yours’ continues pushing those limits, starting with an Ennio Morricone-inspired spaghetti western vibe that transitions into more black metal rapping over a very Inquisition-esque riff. The dynamics here are fascinating, and this song may be more palatable to adventurous metalheads, who will at least have a few familiar touch points in Mike Patton’s work over the years.

If you’re not on board with the album by the time the zany horns of ‘Check It’ roll in, it’s probably time to move on. By Chance is definitely not going to be an album for everyone. It’s intentionally provocative, and for black metal purists (who I imagine make up a fair chunk of this band’s existing fanbase) it will be a bridge way too far. But after the novelty wears off and the cognitive dissonance dissipates, By Chance is an album that rewards those who stick with it. The songs are just good enough to back up the band’s bravado.

Perhaps the highest compliment I can pay By Chance is that it's actually opened my mind and helped me see how much common ground there is between rap and metal (a proposition I have until now violently rejected, ‘I'm The Man’ notwithstanding). It has me wondering who Mora Prokaza’s rap influences are. Are there similarly pioneering artists coming at this from the opposite angle? I thought I understood what was going on with modern rap music, but perhaps I need to reevaluate that. There are things on this album that work and I don't understand why, because I have no point of reference for them in the metal world.

Time will tell if this is an experiment that pays off for the band, and it will be interesting to watch the metal community react to it. The Cult of the New demands fresh blood, but its adherents are a fickle bunch. Be extreme, push the limits, give us something new—but you must adhere to the sacred doctrines or be branded a heretic!