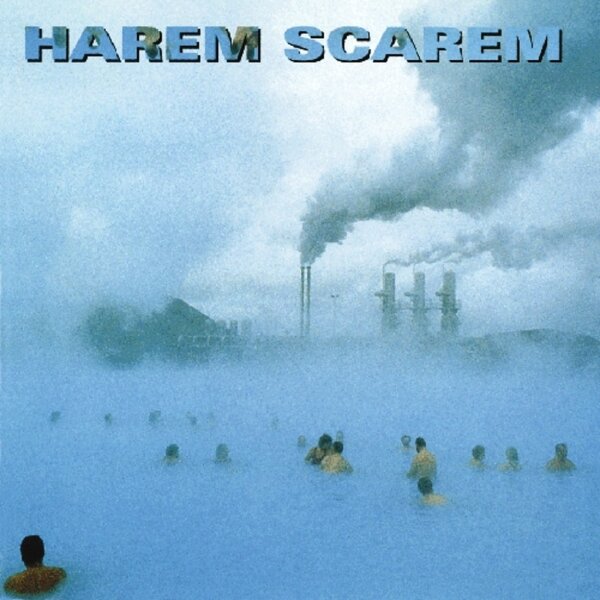 Welcome to part three of my fourteen (or sixteen?) part series of track-by-track reviews of every Harem Scarem studio album. Today, I’ll be looking back at the band’s 1995 prog rock album, Voice of Reason. It’s one of a handful of albums that has divided the band’s otherwise diehard fanbase, and it’s easy to see why. After the mainstream appeal of their first two albums, Voice of Reason takes a pretty hard turn into more complex arrangements and less immediate gratification. We’re not talking 10+ minute prog rock overindulgence here, but these songs require a little more work from the end listener than say, ‘Sentimental Blvd’. Let’s dig into these songs and see if they're worth the extra effort.

If you didn’t already know this was going to be Harem Scarem’s prog album, the first ten seconds of the title track would certainly be a strong first clue. The song blasts off with a complex riff that would fit right in on a heavier Porcupine Tree or Dream Theater song, though it settles into a more familiar AOR chug after that. The whole mid section of the song is a good bridge between Mood Swings and what the rest of this album ultimately delivers. It’s a little middle-of-the-road for Harem Scarem, right up until the bridge at the 2:45 mark. The buildup to the solo and re-introduction of the song’s opening riff serve as a solid declaration of intent for Voice of Reason. 8/10

I can see how this song in particular would be a real head-scratcher for fans expecting a sequel to Mood Swings. It opens with a very Queen-esque vocal harmony before stutter-stepping into the first of its bluesy, 80’s-synth-driven verses. It’s a pretty weird track, made stranger by the fact that the vocal harmonies sound like something out of a not-weird-at-all mainstream radio rock track. It’s this combination of fairly conventional AOR “sounds” with a completely unexpected song structure that makes ‘Blue’ one of my all-time favorite Harem Scarem tracks. 10/10

The second half of the one-two punch that began with the preceding track, ‘Warming a Frozen Rose’ is another brilliant subversion of expectations. There’s a fun little bridge that kicks off with a multi-tracked guitar harmony around the 3:38 mark that’s so creative and out-of-the-blue that I smile every time I hear it. The guys wear their adoration for Queen on their sleeves here and it works quite nicely. Also, if you listen closely as the song fades out, you’ll hear a woman singing opera, because...why not? 9.8/10

This is a pretty straightforward 80’s-style power ballad, elevated by Harry Hess’ incredible voice. It’s a smart sequencing choice, as it gives the listener a chance to process a bit after the flurry of creativity on display in the first three tracks. Plus, you really can’t go wrong with a Harem Scarem power ballad. 8/10

This one starts off soulful and a little bluesy, punctuated with whimsical prog flourishes as it builds to one of the catchier choruses on the album. I love the riff leading out of the chorus into the guitar solo around the 2:10 mark. And then the repetition of that riff as the song closes out? Pret-tay, pret-tay good. 9/10

I’m not nuts about this one for some reason. The chorus has a bit of that Rascal Flatts country rock vibe to it that will come to irk me more later in the band’s career. There’s still plenty of surprises in the song, including a playful Queen-inspired diversion in the second half. But it ultimately diverts back to that chorus, which just isn’t my favorite. 6.5/10

Remember when I said you can’t go wrong with a Harem Scarem power ballad? Well, I forgot about ‘Candle’. The song has a nice, dark, heavy riff to it, but the chorus is one of the few by this band that just doesn’t do it for me. Something about the content and delivery of the line, “Your caaaaandle bleeeeds” is a touch too maudlin for my tastes. 5/10

The most uptempo song on the album and a barnburner of a palette cleanser after ‘Candle’. It’s not the most memorable Harem Scarem song ever, but the second half really takes off with some stellar lead work and a typically-awesome guitar solo from Pete Lesperance. 7.8/10

Just when the album seems to be losing a little of its hold on me, the band unleashes this slow burn of a blockbuster. As with the best songs on Voice of Reason, the band takes a deceptively simple composition and sneaks in layers of complexity as the song progresses. Of course, it doesn’t hurt that the chorus can make a grown man’s heart ache. One of my all-time favorite Harem Scarem tracks. 10/10

While it suffers somewhat from its placement in the shadow of the fantastic ‘I’ll Be Brief’, ‘Untouched’ has a lot going for it, including a killer riff powering an infectious verse and a chorus that will punch you right in the chest. The guitar solo on this song is also pretty damn amazing and showcases just how many different feels Pete Lesperance can bring to his instrument. This, to me, is the proper ending for Voice of Reason. 9.5/10

Sadly, Voice of Reason doesn’t end with ‘Untouched’. If my earlier comments about Rascal Flatts didn’t clue you in, I’m not a fan of Harem Scarem’s dalliances with country music. Aside from not being my cup of tea, ‘Necessary Evil’ just feels out of place on the album and probably should have been put in the back pocket for a much later album (cough—United!!!—cough). 4/10

I’m a little surprised there are so many sub-8-rated songs on this album, because I’ve always ranked Voice of Reason as one of my absolute favorite Harem Scarem albums, right up there with Mood Swings. It’s easily their bravest and most creative effort, and it’s admirable that the band tried such a bold experiment at the peak of their popularity. That experiment really works for the most part. It’s only when the band falls back on their more established songwriting patterns that Voice of Reason falters, but those few missteps are easy to forgive in the context of such an ambitious album.

Not perfect, but like most great prog-rock albums, VoR is best evaluated as a whole where it shines as one of the band's best efforts.
Eric Gmutza -04/21/2021