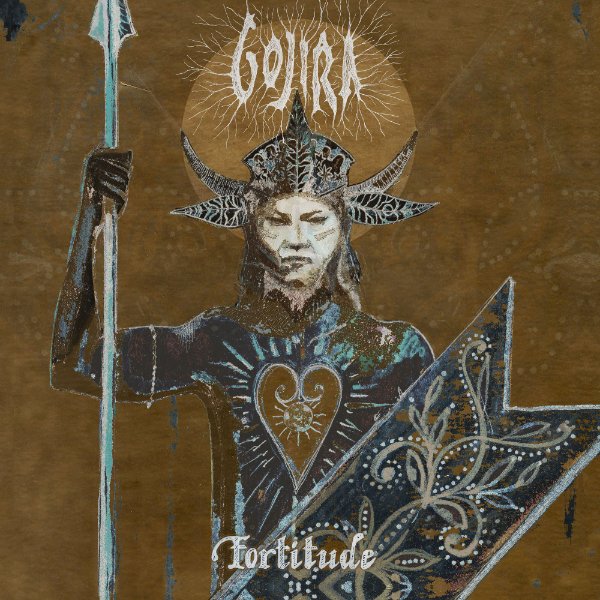 Les frères Duplantier reviennent! After five long years, Gojira has finally returned with the follow-up to the excellent Magma, but it isn’t without controversy. Here’s everything you need to know to decide whether Fortitude is a shooting star or it belongs on toxic garbage island.

Born for One Thing

The quintessential Gojira track, and a perfect way to kick off the album. It has a killer riff, a hooky chorus, some nice fills from Mario, and a crushing breakdown that should get even the most restrained fans headbanging along. They absolutely have to open their live set with this song, and it will tear the roof off of the place. 10/10

The most controversial track in the set that will have family and 20-year friends at each other. The band says it’s their “Roots”, except that Sepultura was actually Brazilian, it actually was their roots, and it was a lot less preachy, even if I agree with the sentiment. Personally, I don’t love it or hate it… it’s kind of a mixed bag. If you’re on board through the jaw harp in the first 30 seconds, you’ll probably be OK with it. 7/10

Fortunately, Another World is an excellent palate cleanser with a tasty mid-tempo groove that locks in nicely and a great riff. I absolutely love the layered vocals in the mid-section, and Mario lays down some colorful fills. 9/10

I’ve been trying to learn French for the past 5 years and failing miserably, so I can only imagine the difficulty of writing lyrics in a language that isn’t my first. However, there had to be something less lyrically cringe-worthy than, “I’ve been grinding and grinding,” to open this song. It’s unfortunate, because after a nearly two-minute intro, it shifts to a true banger that will have even the most jaded fan fist-pumping. Here’s hoping they chop the intro live... 8/10

This is where things start to lag a little for me. On the whole, this is a pretty pedestrian track that is far longer than it needs to be. The breakdown, in particular, feels tacked on and needless, and the Zakk Wylde harmonics made me cringe. However, this feels like a song that I will appreciate more once I’ve heard it performed live. 6/10

The requisite short interlude track. I’m generally a fan of an interlude, especially when it serves as a segue into the next song, but this feels like it goes on about a minute longer than needed. If I must rate it, it’s about a 5/10.

I really didn’t care much for this song on the first couple of listens, but it has grown on me. The choral vocals have been stuck in my head for a bit, and I really like the series of short guitar solos throughout the mid-section. It’s a bit samey and, again, feels a bit longer than it needs to be, but it’s a grower. 7.5/10

This feels like a throwback to The Way of All Flesh, featuring harsher death vocals and a darker tone. The slower pace makes a nice setup for the rest of the album. 8/10

Every Gojira album has a “Holy shit!” moment that reminds me that Mario Duplantier is one of the best drummers in metal, and this is the one for Fortitude. Sure, they’re doing a Meshuggah’s ‘Bleed’ with a Devin Townsend chorus, but it works perfectly. If this doesn’t have you “[putting] your fist in the air,” then you might want to check the pulse on your metal heart. 10/10

The vocals are the highlight here, as Joe sings in cleans only. I absolutely love the chorus: it brings chills every time. Overall, the track has a haunting quality that brings forth the beauty in its restraint. It’s a bit of a different look for Gojira, but it really works for me. 9/10

The closer starts taking us out with a bang, replete with all of the things that any self-respecting fan loves about Gojira: great screams, killer fills, and diving guitars. However, about halfway through, the band shifts to a softer, more pensive tone that eventually fades us out to the end. It’s an effective mix of the yin and yang of Fortitude, and a fitting end to the album. 9.5/10

This isn’t my favorite Gojira record - that’s probably L’Enfant Sauvage or From Mars to Sirius - but there’s no shame in that from a band who’s never really made a bad one. It’s weakened by some experiments that don’t totally work and some questionable lyrical choices, but better to try and fail than to stagnate. Regardless, Fortitude is an album that you really ought to hear, and will likely end up somewhere on my 2021 Best-of. 8.1/10

Fortitude isn't perfect, but even flawed Gojira is better than most, and there are a handful of tracks that belong amongst their very best.
Brian Gmutza -05/10/2021

I’m generally in agreement with Brian here, so I’ll try to keep my comments short.

Born for One Thing

I’ve always granted Gojira’s borderline religious environmentalism about the same attention and moral weight as Immortal’s obsession with Blashyrk or Andrew W.K.'s celebration of partying. A band has to write what they’re passionate about, and as long as it’s done with enough imagination and nuance to leave room for interpretation, I’m good with whatever. Gojira has handled their lyrical themes so artfully over the years, that it’s baffling to see them stumbling so hard here on 'Amazonia'.

What little the lyrics leave to the imagination is beaten into submission by the—I wish I were making this up—didgeridoo-backed jaw-harp solo at the 2:04 mark?!! Cultural appropriation as a show of solidarity is fine as far as it goes, but when it’s used to deliver such a ham-handed eco-political message, it’s hard not to question the band’s motives. Perhaps this would have played better as a collaboration with a past or present member of Sepultura. As it stands, using a culture’s traditional instruments in the service of a lecture about land usage is pretty rich coming from a band whose success and entire lifestyle is predicated upon the industrialization they’re railing against.

I don’t have any major problems with this song, but I can’t say it does a lot for me either. I had hoped this would be a deeper cut on the album. Coming off the massive disappointment of ‘Amazonia’, this just isn’t enough to dig me out from the deep sense of unease I get from the first half of this album. 6/10

Oh boy, speaking of unease—the first 30 seconds of this song are ROUGH. But, once that super-reverby, Devin Townsend-esque riff kicks in at the 1:40 mark, I’ve been transported to Gojira playing the first post-COVID open air festival. And by the last minute of the song, I’ve got goosebumps. Has there ever been a more dramatic turnaround from utter shite to sheer perfection in less than six minutes? 8.5/10

While I agree with Brian that the constant whammy/pick-raking harmonic thing is a little grating on this track, I happen to really like the chorus to this song. 8/10

How you feel about ‘Fortitude’ and ‘The Chant’ will depend entirely on how much you like the melody of the vocal line that flows throughout both. I don’t care for it myself, though I will admit it is currently rivaling Warrant’s ‘Cherry Pie’ for songs I CAN’T GET OUT OF MY HEAD PLEASE MAKE IT STOP MAKEITSTOPMAKEITSTOP!!!! 4/10

See above. Add a point for the guitar solos, which are quite nice. Still, this will be my go-get-a-beer track when it inevitably becomes a mainstay of the band’s setlists (cue the crowd sing-along, Gaia help us). 5/10

This was a slow-grower for me. I spent the first 4-5 listens feeling like this was Gojira-by-numbers and didn’t really do anything the band hasn’t done better before. But somewhere along the way, it got its hooks in me. Solid groove, and the chorus is quite good. 7.8/10

Totally agree with Brian here. The second time this album has given me goosebumps. 10/10

Agree with Brian. If the band’s going to push the boundaries of their sound, this is where I’d prefer to see them go. 9/10

On the whole, I think Fortitude is a pretty strong album with a couple of huge missteps. It’s the only Gojira album that has not one, but three songs that actually make me angry. But I’m ok with that, as I felt like they spent the first two albums after From Mars to Sirius repeating themselves and playing things a little too safe. I like that they’ve been taking chances on their past two albums, even if they don’t play to my tastes as much as they did on Magma. This is a band that has earned every bit of the hype around them, and it’s great to see them gaining such a huge audience.

Despite a few sizable warts, I’d rate Fortitude in the band’s top three albums, after Mars to Sirius and Magma and juuuust ahead of L'Enfant Sauvage.
Eric Gmutza -05/11/2021