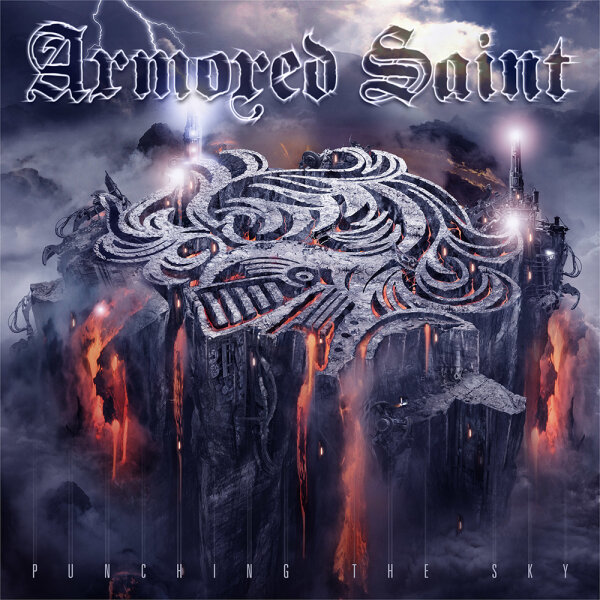 2020. The shittiest of shitty years. Death, disease, riots, political corruption, and murder hornets all run rampant with no end in sight. Our leaders disappoint us at every turn while our institutions crumble. If only one man could rise above it all and light our darkest hour. If only that man had a voice with the steel and grit to remind us that we’re never truly fucked—a voice that yelled, “I see something wrong, and I fix it with my hands!” And if only that man came backed by a band of grizzled veteran rockers ready for the fight of their lives. Well wake up, because that dream is your reality. Armored Saint are back, and they brought some serious jams with them.

“But Eric,” you say, “I’ve never been a huge Armored Saint fan, and I was always Team Belladonna!” Well, never you fret. You don’t have to have heard a single Armored Saint song in your life to appreciate this album (and I will make you a killer Bushthrax mix tape we can debate some other day). For now, just set aside 6:47 minutes of your life and listen to ‘Standing on the Shoulders of Giants’. It’s really all you need to hear to decide whether Punching the Sky is worth your time. Listen to that chorus. If you don’t feel better about your life afterwards, then by all means, put on your funeral doom and continue your descent into full blown despair. But if you suddenly feel like the world’s a little less dark, like you just might be able to take on the day? Stick around, because this album is chock full of blockbusters that will make you want to LIVE!!!

With your spirits suitably lifted by that could-have-been title track, it’s time to get this party raging with ‘End of the Attention Span’. This song is a belter from start to finish. While Bush has never sounded better, it’s apparent now that the entire band is on fire. These songs are a big step up from 2015’s Win Hands Down, which had many fine moments, but failed to hold my attention all the way through. That’s not a problem here. Even as the band settles into more mid-tempo tracks like ‘Bubble’ and ‘My Jurisdiction’, the hooks and the song craft don’t let up. There are highlights all over the album, with canine-themed deep cuts like ‘Lone Wolf’ and ‘Bark, No Bite’ being particularly invasive ear worms.

So is it album of the year material? Not quite. There are a few tracks in the second half that land just a bit off the mark for me. ‘Missile to Gun’ has gusto to spare, but I’m not as sold on the oft-repeated chorus as the band apparently was. And ‘Fly in the Ointment’ is fine, but isn’t one I find myself itching to hear again. But even these songs are solid enough for Punching the Sky to maintain its “not a bad song on it” status.

Fortunately, the album ends very strongly with the final three tracks. I already mentioned ‘Bark, No Bite’, which is so jaunty, fun, and full of super cool guitar leads that I just can’t imagine anyone disliking it. Then there’s ‘Unfair’, which took me right back to the black lodge where I lived back in the 90’s. And my only beef with album-closer ‘Never You Fret’ is that it’s so damn great, I wish it could have landed earlier in the album. Then again, it’s always nice leaving your listeners wanting more, and ‘Never You Fret’ does indeed bring the house down.

Armored Saint have never sounded better, and John Bush still makes me want to be a better man.
Eric Gmutza -11/06/2020